I recently read two articles by Dr. Niran S. Al-Agba, a pediatrician in Washington State and blogger at MommyDoc. I discovered her posts through KevinMD.com and have added her blog to my Feedly list. As a grandmother with 40 years of Type 1 diabetes, you might wonder why I plan to follow the writings of this young pediatrician. I think it is because her thoughtful views on the roles of patients and physicians in our healthcare system (or lack thereof?) give voice to some of my opinions and experiences.

The first article I read was titled “Building Better Metrics: Focus on Patient Empowerment.” Mid-article Dr. Al-Agba writes something that many of us who use insulin believe is essential: “Patient-centered care is often talked about as a virtue worthwhile to attain because it puts them at the heart of their healthcare team. Empowerment goes one step further by actually giving power and authority to the patient.”

She goes on to share the characteristics of an “empowered activated patient” as listed by ENOPE (European Network on Patient Empowerment):

I don’t know about you, but I believe this list describes me and many of us living with diabetes. At least most of the time.

The second article by Dr. Al-Agba is titled “Building Better Metrics: Patient Satisfaction Can Be Done Right!” Building on the first article, she writes that physicians are often more comfortable with “standards of care” and need to become more comfortable in the role of giving information, sharing options, and empowering patients to take more control. She goes on to discuss that sometimes that means disagreeing with a patient’s decision while respecting the right of the patient to make that decision.

That idea really hit home for me based on a recent experience with a new physician. My longtime internist retired this summer and suggested that I follow one of his younger partners to a nearby clinic that is part of a large provider system. Until now all of my doctors have been part of independent clinics. Such practices are starting to be an anomaly in big cities and I was not opposed to moving into a “system.” I knew that it was 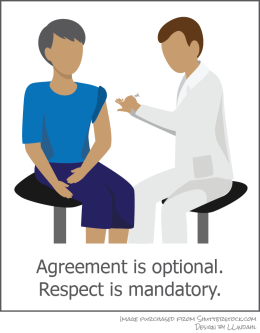 probably a good idea to narrow my network of doctors as I look to future health insurance and Medicare restrictions.

In August I had my annual physical with the new internist. He asked several questions and for the most part seemed to accept my answers. Many queries seemed to be coming from a computer-generated checklist which I suspect was labeled “Old Lady with Diabetes.” I had to fight the urge to say “Hey, that’s not me!”–because of course that is me. Our only area of conflict was over statins which I have resisted up until now. In May I wrote about my previous doctor’s support for my decision to avoid that class of drugs. I felt a bit bullied by the new doctor but given that it was his first week in the new system, our first meeting, and already an overly long appointment, I decided to let it go. And I agreed to give statins a try.

Two months later I am experiencing clear side effects from the statin drug and have chosen to stop taking it. One thing that I love about my new medical system is a complete online health record along with the ability to send secure messages to my health team. I was able to share my statin decision without talking to anyone or feeling that I was hiding something from the new medical team. I wrote several drafts of the email and believe that I ended up with a respectful but confident and empowered message.

I did not get a reply to the message nor did I expect one. I am sure that it will be a item of discussion next time I see this doctor. I am very comfortable with the idea that he can strongly disagree with my decision. However, I need to feel that he respects my right to make that decision. If not, I will look for a new internist. However, based on most of the August appointment, I am optimistic that as we get to know each other, we will do just fine. Fingers crossed. 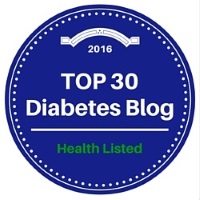 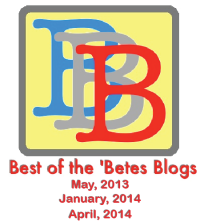