For the first time in my diabetes tech history, I am in the golden upgrade zone. The FDA approval of the Dexcom G5™ Mobile CGM System was announced the same week that my G4 warranty expired. According to Dexcom’s upgrade program, I am entitled to a free upgrade to the G5 system if I purchased my G4 Platinum System with Share before the G5 begins shipping.

It was a no-brainer to order my new G4 system as soon as possible because I never want to run the risk of out-of-warranty equipment failing. Due to good insurance and the CGM rep at Edgepark (yes, I always have great service from Edgepark unlike so many others who report horror stories), my new CGM arrived within a week. At this point I began doing my homework about the upgrade options.

As I learned more about the G5 system, it quickly became apparent that it was not a slam-dunk decision to upgrade. I’ll discuss a few of my concerns below.

One Less Device:  I joke about diabetic pants and never buy clothes without pockets. I currently carry an insulin pump, glucose tabs, Fitbit, Dexcom receiver, occasionally car keys, and often my phone. The possibility of eliminating the Dex receiver is appealing.

Optional Receiver:  If I don’t like using my iPhone as my receiver, I can always use the G4 Share receiver updated with the G5 software.

Sunlight:  The G4 receiver with its black background is difficult to read in bright sunlight and the red color used for lows is almost invisible. My Animas Vibe pump is even worse and the text is totally unreadable in bright light. My phone has a better display and is easy to see in all light conditions. (Note: Now that I have the Share receiver, I have the option of using my phone without upgrading to the G5, but I would have to carry the receiver.) Because the G5 software upgrade will result in a new receiver display with a white background, maybe it will be easier to read in the sun than the current G4 device.

“Free” G4 transmitter:  Because my current G4 system is working, I have not had to 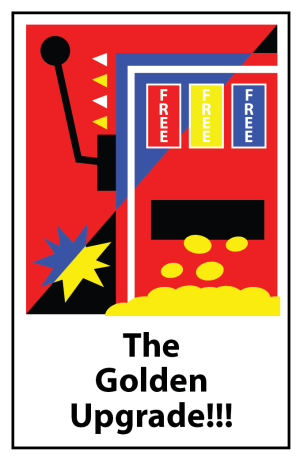 open the new G4 transmitter. I do not have to return this transmitter when I get the G5 transmitters and can keep it as a back-up to use with my current non-Share receiver. This is appealing as I get close to Medicare with no coverage for CGMS.

The Price is Right:  The upgrade is free!

Expiration of G5 transmitters:  My understanding is that the G5 transmitters will last 3 months and drop dead after 108 days (90 days plus an 18-day grace period). If you have good insurance coverage for CGMS, this is not a big deal. With no CGM coverage, the loss of an extended life for a transmitter can be a big deal.

Bigger Transmitter:  The G5 transmitter has built-in Bluetooth and is bigger than the current slim G4 receiver. It is about the size of the first generation G4 transmitter.

Not Compatible with Animas Vibe:  Although I rarely use my Vibe as a Dex receiver, I like having the option especially when I want a waterproof receiver at the pool or beach. Because Dex transmitters cannot be turned off, it’s expensive to use a G4 and G5 transmitter concurrently. I assume the lack of G5 compatibly will also extend to the new Tandem t:slim G4 combo.

Disadvantages of Phone Receiver:  My phone is much larger than the Dex receiver and doesn’t fit into many of my pockets. Although I use my phone a lot, I do not keep it with me day and night. I have no idea whether the sounds and vibrations of CGM alarms on the phone will be adequate. It will take more button pushes to access BG data on my phone compared to the one-button push of the Dex receiver.

Medicare:  I currently have excellent CGM coverage with private insurance. When I move to Medicare in April 2017, I will have to self-fund a CGM unless Medicare regulations change. My guess is that a G4 transmitter with the Animas Vibe or the Tandem t:slim G4 will be the least expensive option because no other receiver is required. As discussed in my April 2015 review of the Vibe, I am not a fan of the Dexcom integration into the Vibe. But it works and is an option. As far as I know, both pumps will continue to use the outdated G4 software instead of the 505 update.

It is possible that under Medicare the G5 will be an equally cost-effective device if I do not need to purchase a new receiver every year. The G5 was approved by the FDA with the requirement that a receiver be provided to new patients. Is that a one-time requirement or will G5 users be required to purchase a new receiver every year when the old one (maybe unused) goes out of warranty?

Staying Current:  New CGM devices are gaining FDA approval at a much faster pace than in the past. It is likely that both the G4 and G5 will be outdated in a few years and maybe my current decision is just not a big deal. With the Animas Vibe and t:slim G4 tied to the G4, my guess is that the original G4 transmitter will be available for many years to come. The G5 may be a short-lived device on the way to the G6 which promises improved accuracy and reliability along with mobile capabilities. Another consideration is what the new Dexcom/Google collaboration will bring to the table.

Decision Deadline:  The Dexcom website indicates that “Upgrade offers are available until 60 days after the first G5 Mobile shipment.” However, I learned that because I purchased my G4 Share system through a distributor (Edgepark), I have only 30 days from the date of shipment to upgrade. I am looking at an upgrade deadline of early October rather than late November. Good thing I asked!

I have decided to upgrade and will be sent my G5 transmitters in October. At this point I will upgrade my Share receiver to the G5 software. For the most part I am choosing to abandon my Animas Vibe as a receiver and become more hip by never again being separated from my phone. Frankly I don’t know whether this is the right or wrong decision or if it even matters. Dexcom is making the change incredibly easy and I have just decided to go with the newest kid on the block. If nothing else, I am thankful for having the #firstworldproblem of choosing which CGM system to use. I promise to let you know how it goes.