When I started blogging at Test Guess and Go, in my first blogpost I introduced myself as the mother of a boy who was diagnosed with diabetes in 1975 at the tender age of 4, and I recounted the trials of those early days. It has now been 39 years since that diagnosis day. I also shared that I became a Type 1 diabetic in 1988. While I would never wish diabetes on any parent, I do believe that my diabetes has helped me to understand what my son is going through and why I need to not be critical when he experiences hypo and hyperglycemic episodes. I realize that in spite of our best efforts, diabetes has a mind and life of its own.

When your child is young and in your care, you can somewhat manage his day to day diabetes control. As he grows up, you encourage him to learn to take charge of his health and become independent. That is a parent’s job. And when he goes away to college, you are a little apprehensive, but realize that it is time to let go.

A couple of years after Steve graduated from college, he moved to New York City to seek employment in the theatre, his chosen profession. In those years before he acquired a pump and continuous glucose monitor, there were many close calls of hypoglycemia episodes. In July of 1999, my husband and I had spent a wonderful weekend away celebrating our 30th anniversary. When we returned home, there was a message on our phone from our daughter informing us that her brother had had a hypoglycemic episode while on his way to the subway. He had collapsed and broken his leg. The next morning we drove to NYC, picked him up at the hospital and brought him upstate to live with us while he recuperated. In January of 2000 we drove him back to his Queens apartment. In those days his diabetes was out of control and it took him longer to recuperate than it would now.

In May of 2000 his eyes started bleeding (proliferative retinopathy), and he began what would become ongoing laser treatments on both eyes. At that time he gained full-time employment with health insurance benefits at NYU and had to give up his dream of acting.  A couple of years later he found out that he had neuropathy. Two years ago he moved back upstate and he hasn’t needed laser on his eyes since then. I pray that it continues. His eye doctor says it’s due in part because he is not experiencing the level of stress he had while living and working in NYC. 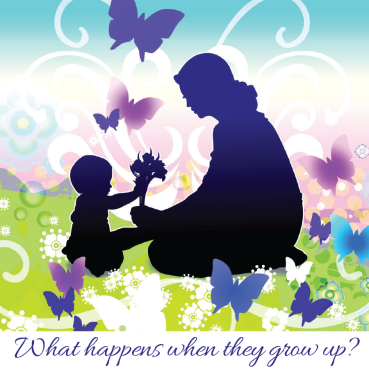 Because Steve lives alone, there has been no one to keep an eye on him and we have to have faith that he will be okay. In essence, we have had to Let Go and Let God. And let’s face it, once your child is born, no matter what his circumstances and health are, you will worry about him for the rest of your life. Unlike the animal kingdom, I believe we are genetically hardwired to do this. And it’s OK as long as we let them manage their life on their own without trying to interfere. I confess that I sometimes struggle with this. Then I remind myself that if he wants my advice, he’ll ask for it, and if he doesn’t ask, he doesn’t want or need it.

It makes me sad when I read the stories of mothers and fathers today who are learning to cope with their child’s Type 1 diagnosis, but I take comfort knowing that in recent years there have been many advances in managing diabetes, including pumps, continuous glucose monitors, blood glucose meters, carb counting, new insulins, etc. There has also been much research into an artificial pancreas and we are now seeing ongoing trials. It is my fervent hope that when today’s Type 1 children are my son’s age, they will not have the complications that Steve has experienced and their parents will not have the heartache of seeing their child suffer from these complications.