I started using Control IQ on my Tandem X2 pump two weeks ago.

In a mid-January blogpost I mentioned postponing the decision to move to Control IQ and just staying with Basal IQ. For those of you who don’t follow diabetes tech much, the main difference between the two algorithms is that Basal IQ only addresses low blood sugars and Control IQ works to limit both highs and lows. But along with addressing highs, Control IQ targets a higher range than I am comfortable with. For sure the biggest issue about the decision to update the software of a Tandem pump is that if you don’t like Control IQ, you cannot go back to Basal IQ. You’re stuck.

It was a joke to think that I would delay the opportunity to update my pump to Control IQ. I admit it. 1) I am a diabetes-tech junkie and 2) I have no willpower.

So here I am with Control IQ. There was a poll in a Facebook group this morning that stated “I have been using CIQ for at least two weeks and….” The possible answers were a) Love, b) The jury is still out on that, c) I don’t love it or hate it, d) I am so excited to get it, and e) If I could go back in time, I should have stuck with Basal IQ.

I voted for c) and then commented: “I like Control IQ but am still micro-managing. So it’s not Love yet, but it’s a strong Like.”

Because I had a good A1c and TIR (time in range) before Control IQ, the main proof of success for Control IQ will be if I can get similar or slightly higher numbers without micro-managing. Without diabetes on the brain all of the time. Without constantly looking at numbers and either taking small boluses to correct or rage-bolusing when I am frustrated. There is a lot of room to improve my life with diabetes but I am not willing to accept an average blood sugar of 150. But I am willing to camp out in a range of 100-120.

I am being what is called a “Sleeping Beauty.” That means that I am using Sleep Mode 24 hours a day and that uses basal adjustments to target a range of 112.5-120 but does not include auto correction boluses. In contrast Normal Mode is okay with blood sugars up to 160 and no auto boluses unless BG is predicted to be above 180. Although my endocrinologist would say that those numbers would be fine for me, I want to stay lower and know that I can most of the time. There is a chart on this page showing the ranges for Normal Mode. 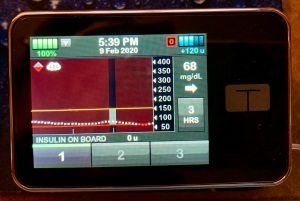 with Control IQ. Many or most users have written on Facebook about making their settings much more aggressive. My initial days with Control IQ were rocky and I rarely had BG’s as low as the 110-120 range, even overnight. So I created a new pump profile titled “Aggressive.” And it was aggressively aggressive with high basals and correction factors that I had never previously used except when on steroids. Ultimately this aggressiveness was counter-productive because my basal insulin kept being reduced or suspended for long periods of time and that resulted in highs later on. This pump screen photo is an ugly result of too aggressive settings. My basals were reduced and suspended for almost 3 hours. 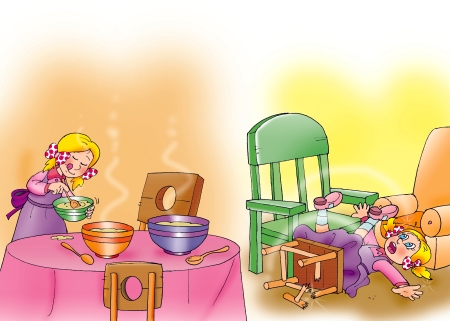 Ultimately I think that minor adjustments to the Control IQ profile will be a good place for me. It uses about 10% more insulin than the pre-Control IQ “Normal” profile and isn’t overwhelmed by too many long insulin suspension.

Meals are still hard to figure out with Control IQ. Sometimes when I pre-bolus for carbs, the system suspends my insulin and that is counter-intuitive to the BG rise that I know is coming. My current solution is to just eat lower-carb meals. That isn’t much different from how I normally eat but I need to get better at dosing for what I want to eat. I have been learning new things every day both from my own experiences and those of others on Facebook. One could argue that I shouldn’t get pump training from Facebook but I don’t think that endos and CDEs have enough experience with Control IQ yet to give expert advice. Plus we know that those of us with diabetes living in the trenches really are the experts.

Previous to using Control IQ I always consulted my phone and watch to see what was going on with my blood sugar. With Control IQ I am a pump junkie. My home screen shows red areas where insulin was reduced or suspended. A little diamond shows gray for normal basal rates, blue for increased rates, yellow for reduced rates, and red for suspended insulin. The Control IQ history is fascinating but it takes ten (!) button pushes to access it. It shows at what times and how my basal rates were adjusted. In the future Tandem will have a phone app that will mirror my pump screen. That can’t come soon enough because I keep pulling out my phone to get info that is only on my pump.

Be patient, Laddie. Be patient. It is coming.

Unlike some seniors who are askance at letting a tech device control their insulin, I am excited. I need help. I want to sleep better. I want fewer alarms. I want BG graphs with rolling hills and valleys and fewer Himalayan peaks. I want my diabetes to be easier.

I’ll say it again. I want my diabetes to be easier.

Ultimately I believe that all hybrid artificial pancreas systems (Tandem Control IQ, Medtronic 670G, Omnipod systems to come, and even do-it-yourself Loop systems) are limited by the speed of insulin. We need faster insulins with shorter durations. We need the ability to set our own target ranges. We need CGM systems that are even more accurate than today’s models.

Control IQ is a step forward for me. I don’t love it yet. But I think I will.

*The Goldilocks image was purchased from Shutterstock.com.